Don't forget, this Monday, February 27, is International Polar Bear Day. It's a good day to go to the zoo.

Here are some new pix of the Cincinnati Bears in winter.
According to zoo staff, Rizzo won't be moving to Utah until around May 1, and they are also considering whether Berit might do better as a single bear than Rizzo, since she is a little more independent and they are still looking for a male bear companion. But it will still most likely be Rizzo that makes the move to the new habitat at the Hogle Zoo in Salt Lake City. 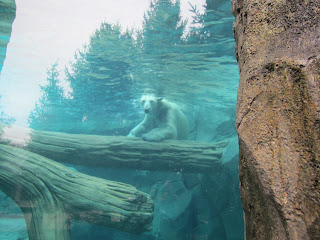 Rizzo - still hoping for that snack from the keepers
Posted by Molly Merrow at 10:57 AM No comments:

Rizzo is moving out West! 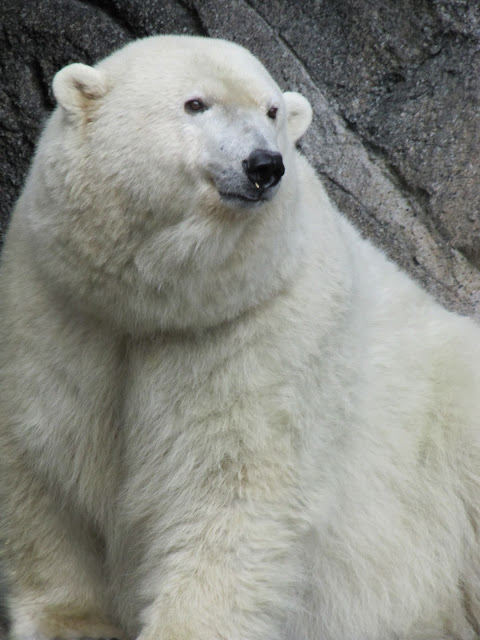 Big news! 14-year-old Rizzo, who has been at the Cincinnati Zoo since October of 1998, was supposed to be returning to her birthplace at the Buffalo Zoo, but it has just been announced that she and three Grizzly Bears will move to the Hogle Zoo in Salt Lake City, Utah. The new Rocky Shores exhibit, now under construction at Hogle Zoo, is set to open June 1.

Rocky Shores will occupy 3.5 acres across the zoo’s northwest corner. When complete, the attraction will feature the four bears along with seals, sea lions, river otters and bald eagles. There will be underwater viewing space and green space designed as a children’s play area.
Zoo officials are working to move Rizzo soon, before the heat of the summer.


While the people of Salt Lake will be happy to have Rizzo as a new resident, her longtime Cincinnati companions Little One and Berit will miss her, I am sure, along with her many fans in the area.


Rizzo has lived at the Cincinnati Zoo since she was a one year old cub. 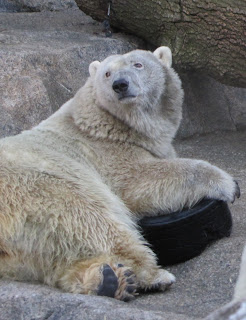 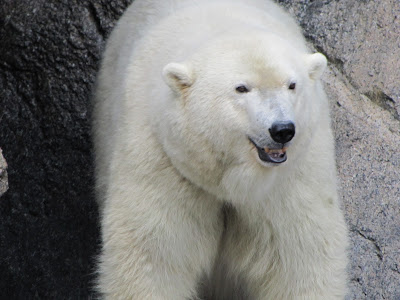 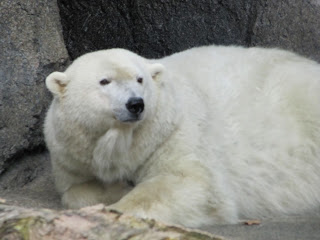 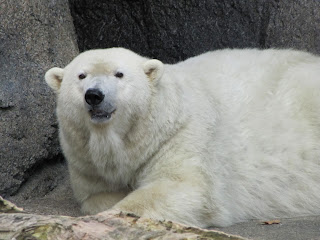 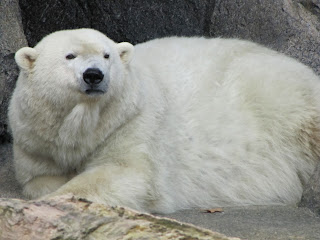 Posted by Molly Merrow at 8:51 PM No comments: