Aurora and Anana Part I

I visited Aurora and Anana, 4 year old twin sisters, at the Columbus OH Zoo on March 11, the day of the Japanese Earthquake and Tsunami. So there was much sadness in the air. No one knew the extent of the damage in Japan..
The bears, of course, knew nothing of world events, and were ready to put on a show.
Winter is a great time to visit the zoo. The animals are active, and the crowds are non-existent. I had Aurora and Anana all to myself for quite a while.
These girls were born at the Toledo Zoo on November 25, 2006. They moved to the Pittsburgh Zoo and PPG Aquarium in December of 2008 while they waited for their new home in Columbus to be built. Their mother Crystal gave birth to their little brother Siku in the Toledo Zoo on December 3, 2009. Siku was the only polar bear born in a USA zoo that year. I visited him last Spring, and will post his baby pictures later.
The Columbus Zoo had not had a polar bear for more than 20 years, but a new $20 million dollar enclosure was built and opened in May of 2010, just for these girls.
The name “Aurora” is in reference to the northern polar lights and “Anana” is an Inuit word meaning “pretty,” the zoo said. On this day, Anana was a lot more active. Aurora was pretty laid back.
The bears new home includes a 1.32-acre yard with two pools, smell ports (Anana really likes these), dig pits and shelters. A 167,000-gallon pool allows visitors to view the bears from above, at eye-level, and below when you go down the stairs. The other pool is a surge pool with a tidal effect, providing enrichment with various depths and moving water. One pool has salt-water, the other freshwater.
The enclosure echoes the look of Greenland, with old boat ruins, chunky rock formations, and an old fishing hut.
This is Part 1 – Relaxing around the Enclosure before feeding time and a few fans arrive. 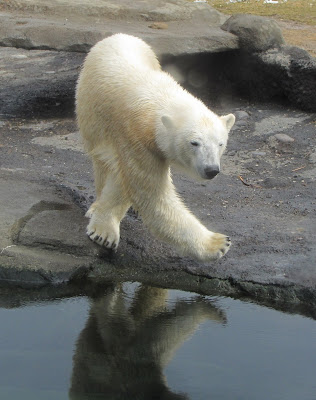 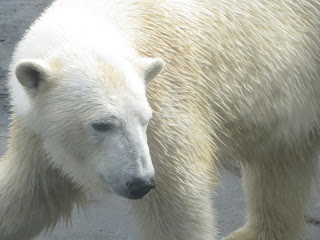 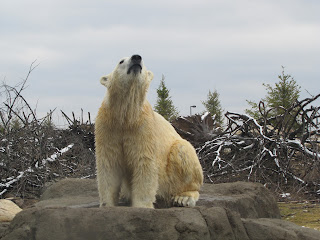 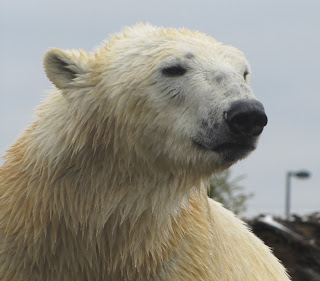 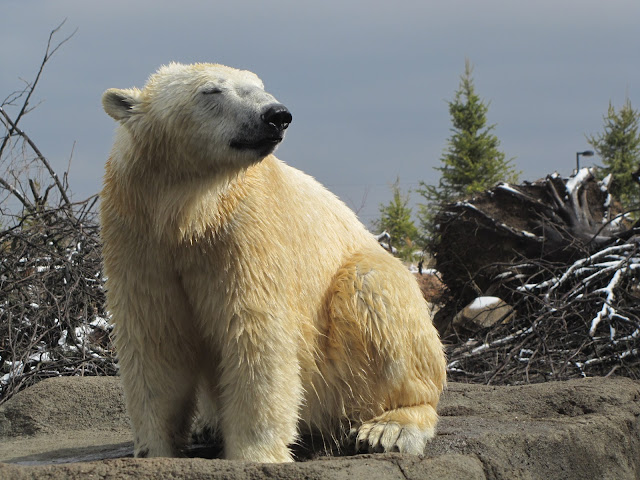 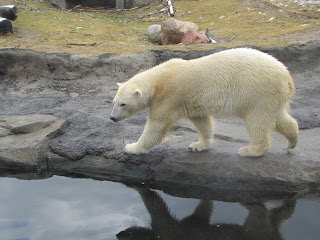 Posted by Molly Merrow at 6:44 PM No comments:

Anana roams around the enclosure 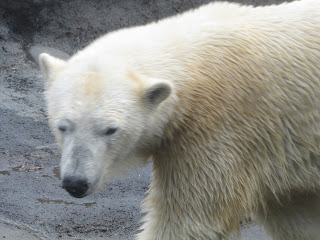 Posted by Molly Merrow at 9:11 PM No comments: